At the weekend we visited Saltaire, the World Heritage Site on the River Aire near Bradford. We were there for a family meet-up and I could have easily wandered widely taking photos of this historic place but it was a social trip more than a cultural one, so the pictures here give a flavour of the place, leaving lots more for you to discover for yourself.

Saltaire village was created and named by Victorian industrialist, philanthropist and all round visionary Sir Titus Salt. The name derives from his surname, Salt plus it’s location beside the River Aire: Saltaire. This may seem a little self-indulgent,  I grant you, but trust me when you have the hubris to build a whole new town from scratch, I think you’re entitled to name it after yourself. Indeed many of the streets of Saltaire he named after his family members.

Salt not only built an enormous mill, (now housing art galleries, trendy shops and restaurants) but also a whole town to house his factory workers, his overlookers (supervisors) and managers. He created allotments, built a church and many public buildings for the use of his employees.

The streets were laid out on a grid, widely-spaced to allow sunlight and good air flow to all the properties. The mill was built where excellent communication links – the railway, and canal could offer optimum scope for Salt to transport his wares but was carefully placed to carry smoke from its chimney away from the houses. A park was also created over the river and in time even a pleasure tramway, still operating today, was built up a wooded slope to nearby beauty spot Shipley Glen.

Salt’s Mill itself is an imposing enough edifice to warrant a visit but the entire settlement is inscribed as a cultural World Heritage Site and is well worth exploring. Built purposely on greenfield land away from the smoke and fumes of nearby Bradford, Saltaire is a remarkable place and rightly recognised for its trail-blazing town-planning. 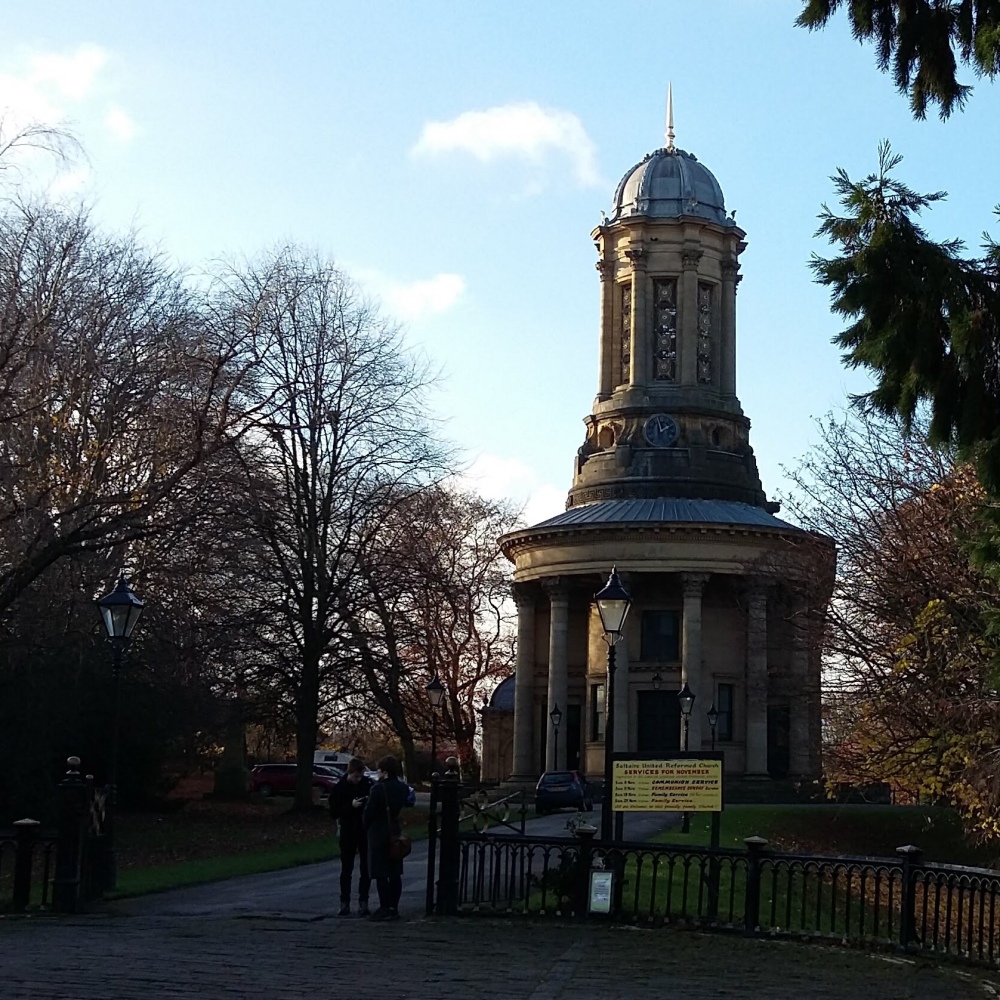