As August turned to September, we were holidaying in north-east Cumbria. Our base was outside of Lake District itself, a tiny village called Blencarn, equidistant between the market towns of Penrith and Appleby-in-Westmorland. The holiday cottage had been a bargain but it’s location proved to be a drawback. Everywhere was at least a half an hour’s drive away along narrow country lanes. running the gauntlet of busy farm vehicles. An added complication is that I am not driving at the moment so it placed all the burden of the car journeys on Liz.

Anyway this post is about discovering a new family attraction, in the shape of Lowther Castle and Gardens, which somewhat redeemed the choice of the Penrith area. The title refers to what Lowther Estate has coined ‘The Lost Castle’, a fairy-tale timber-play structure on an epic scale, nestled among oak, ash, yew and spruce in the woods at the far end of the estate. Really, I have not seen an adventure playground quite like it for some time. On closer reflection I realised it does have play elements familiar from some other attractions and I will attempt some comparisons.

“Really, I have not seen an adventure playground quite like it for some time.”

For it’s sheer scale and hide-and-seek-ability The Lost Castle at Lowther stands up pretty well to any other I’ve visited. Their literature declares is to be one of the largest adventure playgrounds in the UK, though it is tricky to know how one measures such things. (Is is the square footage? Perhaps the footprint of the ground it occupies? Or even the amount of timber used?) I don’t know if there is a standard for such things. For now let’s take it at face value and compare more qualitatively against some others you might know. 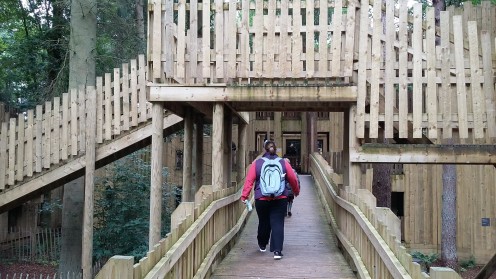 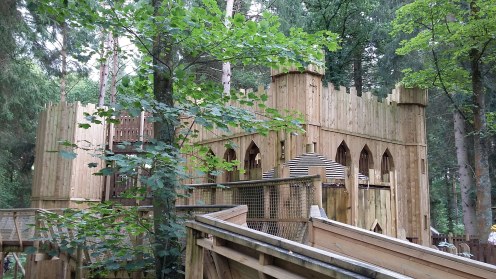 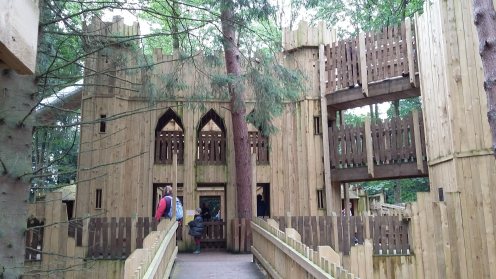 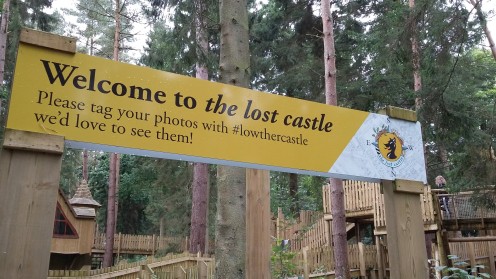 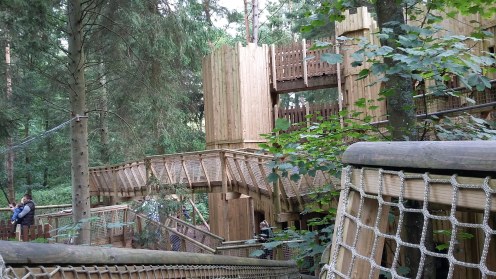 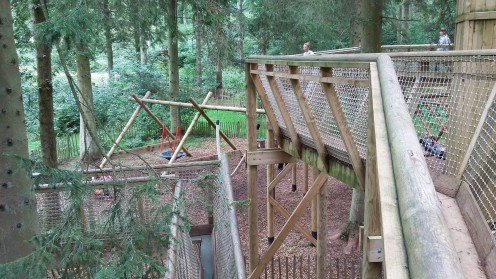 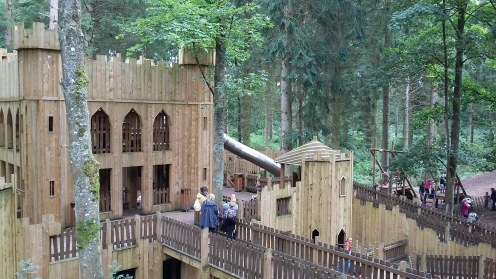 The whole thing adds up to a great structure for hide and seek and imaginative play. On our second visit of the week (yes!) my son and I devised a tracking game using spruce cones from the nearby woods as trail markers. Kind of like hide-and-seek with clues to find the route to follow to your quarry.  We even saw teenagers having a great time playing tag and chase games.

There are only really two ways on and off the complex, a boardwalk ramp either side – a design feature making it easier for supervising grown-ups; less scope for children to wander off into the woods. Although slides, ladders and zip wires do use the chip-barked woodland floor, these areas are fully enclosed by chestnut paling fences – as much for protecting the intervening woodland habitat, but useful nonetheless as you have to climb back on to go anywhere else. A big plus is the inclusion of seating and shelters for parents to set up camp. There are rustic picnic tables nearby too. It’s as well to take provisions and anticipate you’ll be there some time!

I mentioned the cafe in the woods nearby – it does a roaring trade in hot chocolate with marshmallows as well as soup, home-baking etc. To cap it all, the Estate has gone to the trouble of providing a free wifi signal out there in the Lost Castle. This means it is easy for you to share your epic adventures. Do go and visit. Especially with children. Or go all the same and unleash your inner child. 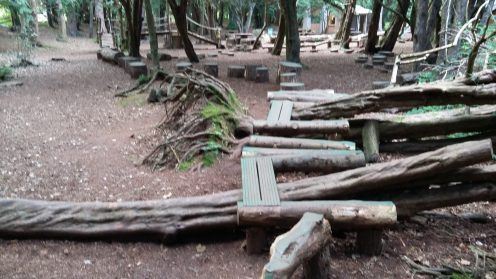 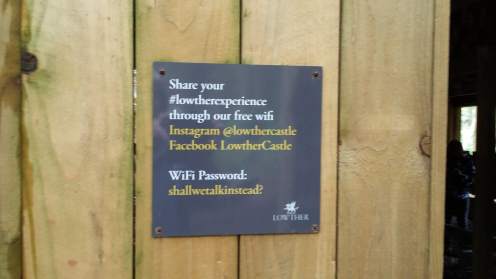 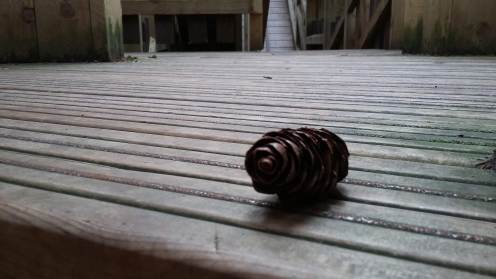