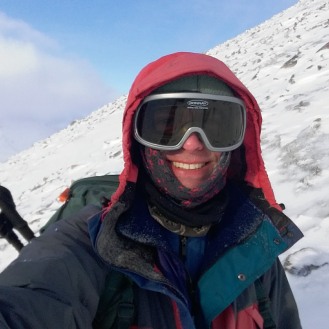 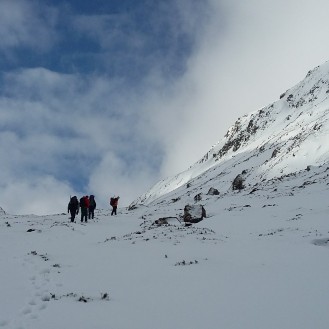 Day one expedition, approaching the col between two Munros in our sights. 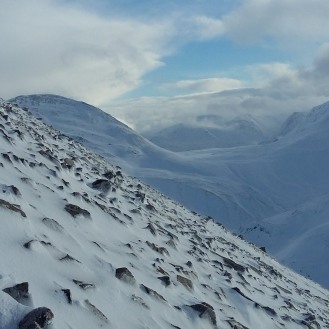 This post begins with a confession about my hill-walking activities. I am a very occasional climber of Munros (the Scottish mountains over 3000 feet). I say occasional because I climbed a few of them sporadically in my teens and twenties and only lately began regularly visiting Scotland to mountain-climb. Even then, it’s just once a year for a long weekend. I have my good friend Graham to thank for this. About ten years ago he invited me to accompany him and his brothers on a jaunt to the Highlands to scale a few summits and we have returned every year since. I will come back to this in a moment. 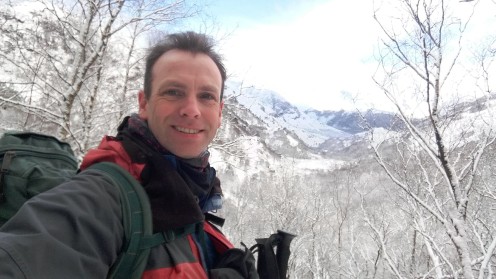 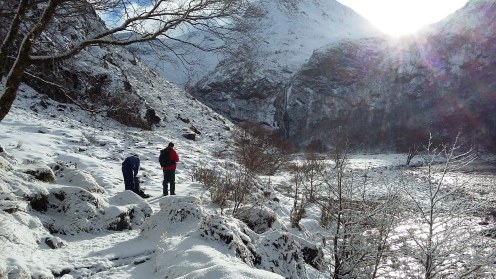 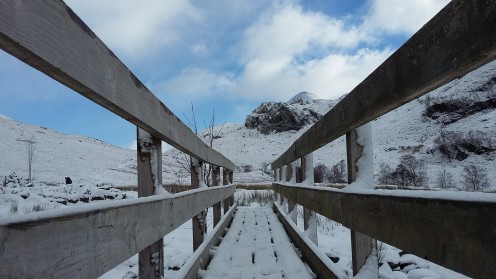 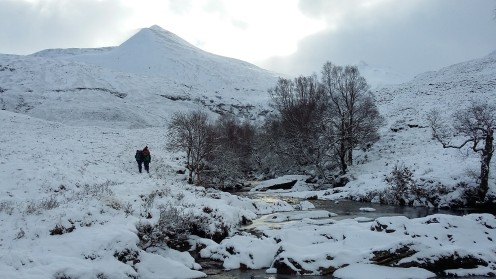 In the early years my Munro climbing was very irregular, when opportunity presented itself. For example while doing some conservation volunteering work in Perthshire, I stayed in a static caravan in the village of Abernethy for 6 weeks. I worked on a barn restoration in the week and spent weekends zipping up the A9 to the hills to climb Munros, sometimes accompanied, sometimes solo. One memorable solo expedition from that period was a circuit of the Ben Lawers range, about 4 or 5 separate Munros in one outing on a crisp October Sunday. Luckily I had a lift arranged to drop me on the roadside at one end and meet me at the other end – back in those days there was a National Trust for Scotland visitor centre at the foot of Ben Lawers.

I was probably twenty-two. My hill-walking mentor at that time was the site manager of the volunteer project, a man of mid to late thirties age who shared his enthusiasm for the Scottish Munros. Ray was his name. I still think of Ray when I’m out on the hills, 22 years later, with my twin walking poles, as it was he who expounded the virtues of such ambulatory aids. I didn’t really need them then, being a fit young thing but they have been the saviour of my knees on many a trip in more recent years. 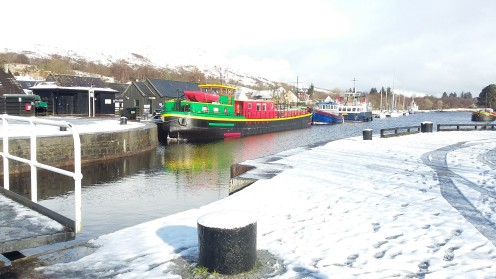 Ros Crana barge, our weekend base on the Caledonian Canal. 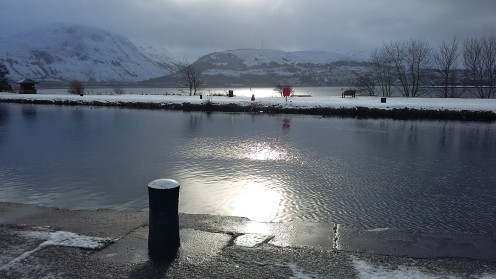 Corpach, where Caledonian Canal meets the sea in Loch Linnhe. 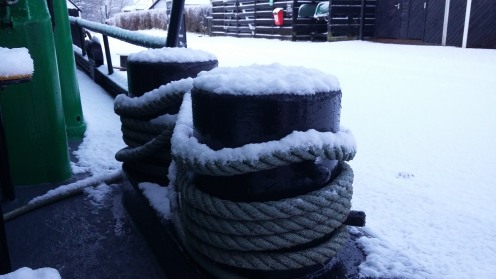 Ship-shape in the snow.

Skip forward to the present. The trip we completed recently, up to Fort William, was typical of what has lately become an annual pilgrimage around February half term, for a boys’ long weekend in the hills. We travelled up on a Friday afternoon, set out for a full eight-hour expedition on the Saturday, bagging two Munro summits and a third on Sunday’s adventure of similar magnitude. Monday morning I did a low level walk. We had to leave by lunchtime to get back home to Yorkshire. Some years we try to find a relatively easy Munro close to a road for the last morning, but previously Killin has been our base, not quite so far north and ideally placed to head for the east or west Highland mountains, hedging bets on the best forecast.

I think we first started this pattern about 10 years ago. I was invited by my good friend and (then) colleague Graham to join him and his two brothers plus some cousins on a mountaineering weekend in Scotland. It became an annual fixture, with a degree of planning and logistical coordination uncharacteristic of all of us individually. Somehow we have kept up this trip just once a year, and steadily (very steadily!)  we are ticking off Munros. To my great surprise, the completion of three separate summits this time round brought my total to 60 so far.

To describe ourselves as Munro-baggers would be a somewhat grand way of putting it. There are plenty of serious mountaineers who have completed a full round, scaling all 282 Munros, with Wikipedia indicating that 6000 had reported this feat to the Scottish Mountaineering Club as of May 2017. There are also some rather sobering impressive accomplishments, described in the Wiki entry, like the youngest ever, a ten year old boy who completed his last Munro in 2011 or a number of crazy Munroists who have done all of them self-propelled (without motorised transport to link their walks) or carried out continuous rounds (current record, depressingly for our motley crew, is under 40 days.) The average recorded round apparently takes eight years.

Personally I harbour no illusions of ever finishing all my remaining 222 summits, for to do so at my current rate of around 3 per year could take another 74 years, (by which time I’d be 118 years old). If I’m still sprightly enough to clamber up heather slopes, stride over peat hags and scramble up rocky scree chutes at 60 then I’ll be very happy!