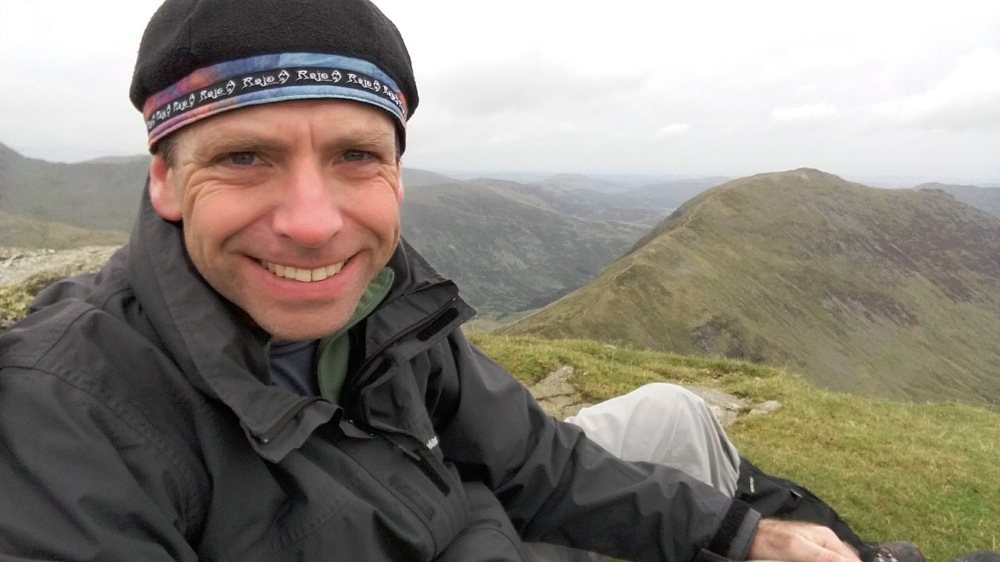 As the summer drew to a close, we enjoyed a few days’ family break based in Windermere, The Lake District. We enjoyed some great activities on and around the lake but one of my indulgences was a fell-walking day to myself, on a break from Daddy duty. Given that I learned the very same week of The Lake District’s new status as a World Heritage Site it seemed fitting to dedicate a blog to my fell-walk adventure, even though it is now some weeks ago… life gets in the way you know.

My choice of route was the classic ridge walk known as Fairfield Horseshoe. I took rather a lot of pictures, trying to enjoy both the lofty scenic views and the smaller close-up details of rocks and plants of the fell. In a previous post, called Textures, details and street greens I confessed my recent penchant for Instagram galleries with close up shots of patterns, rust, plants growing precariously from grates and such like. Take a look at my efforts if you choose among my own Instagram gallery and read the blog post for further insight in my photographic motivations. 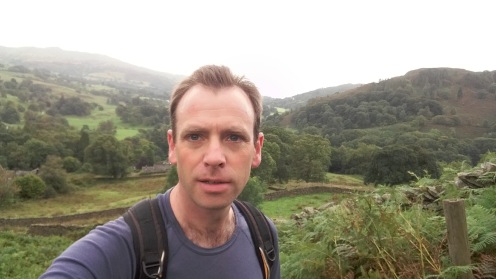 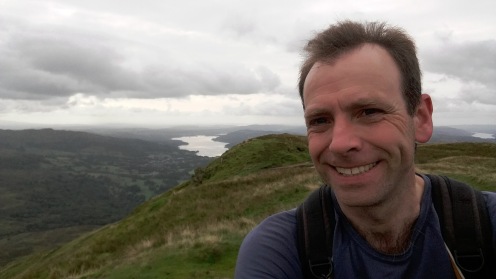 Fairfield is a summit of decent proportions, not quite 3000ft but the circuit of the adjacent summits neatly brought the total ascent to that round figure. The most popular and I suppose easiest approach is from the head of Lake Windermere, usually Rydal (where I jumped off the 555 bus) or Ambleside from where two parallel ridges strike northwards. About half a dozen smaller peaks are taken in during the Horseshoe with names like Heron Pike, Great Rigg, Dove Crag and High Pike…I followed this clockwise circuit, the first pull up the fell was perspiration-inducing but not difficult and views backward over Windermere Lake became ever broader. 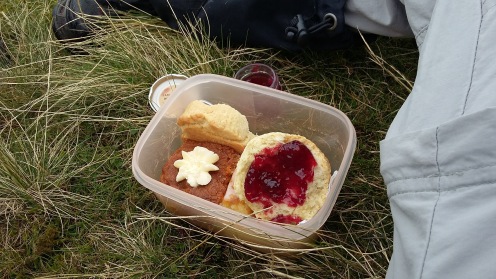 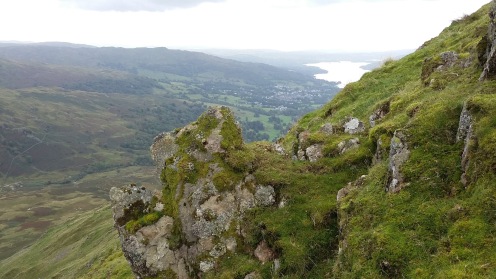 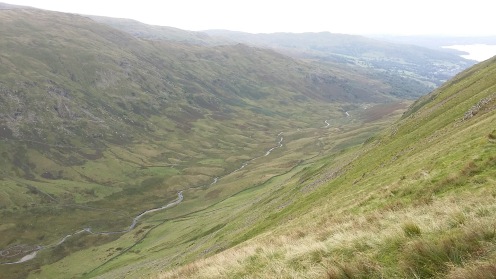 After a stop on the first summit to pull out my flask of coffee and remnants of the previous day’s ‘afternoon tea’ cake selection- I even attempted to jam a scone from my lofty repose -I made it up the steady pull towards Fairfield, after which exertions I donned my extra layers. The views were great, a full 360 panorama and a handy rock seat, made comfortable by a sit mat and my rucksack for a backrest proved a fitting perch to refuel and drink in the landscape.

I should say at this point that I am not a stranger to mountain walking, having clocked up a fair few Munros (the Scottish peaks over 3000ft) although it tends to be an annual binge over a long weekend in early spring each year with a regular posse of friends. We have for some years based ourselves at Killin, Perthshire, with access to many such mountains either east or west, whichever offers the better weather prospects. You may like to hear more about this another time, which I must keep in mind.

On leaving the summit plateau of Fairfield, striking SSE to follow the switchback ridge descending back to Ambleside I turned my attention more to photographic inspiration (the hard work of climbing largely behind me). So it was that my return route was punctuated by many stops and minor detours off the path to snap interesting rocks, plants and textures. I have included some of my favourites here for your interest. Take note if you will of the amazing dry stone wall leading all the way down the ridge crest, and dating, we are told to the 18th century enclosures as the boundary of Rydal Hall, of Wordsworth fame. I am not a great literary scholar, but I do appreciate a beautifully made drystone wall. 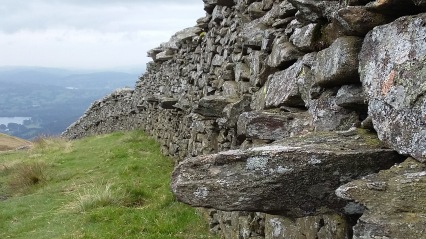 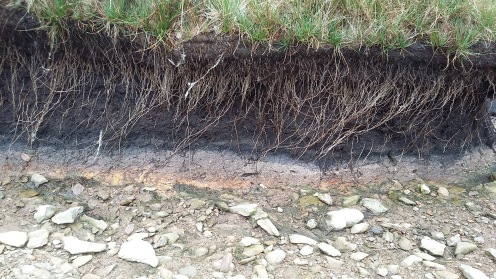 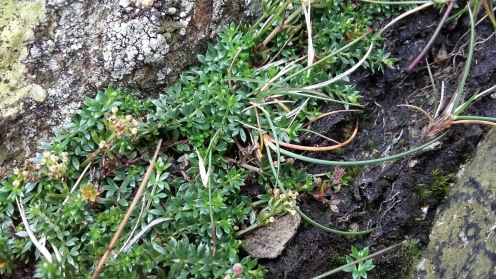 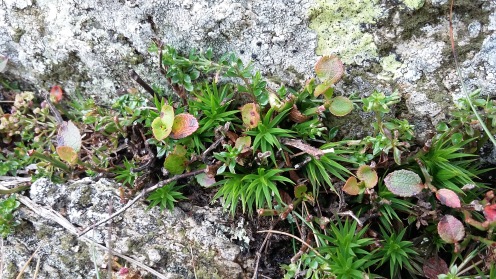