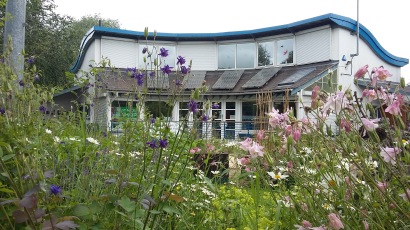 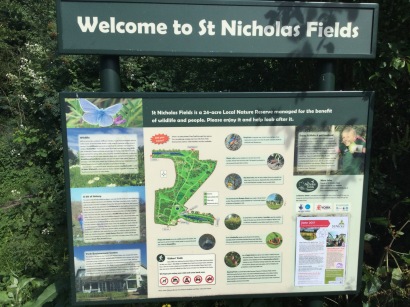 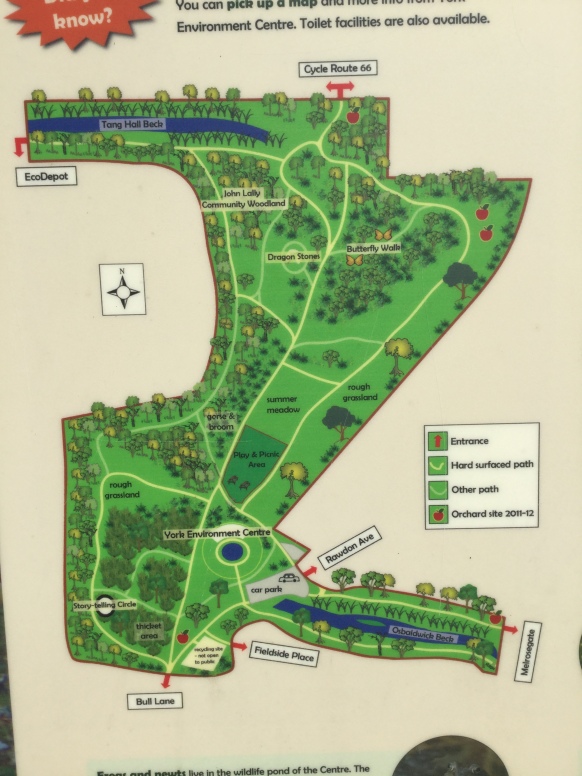 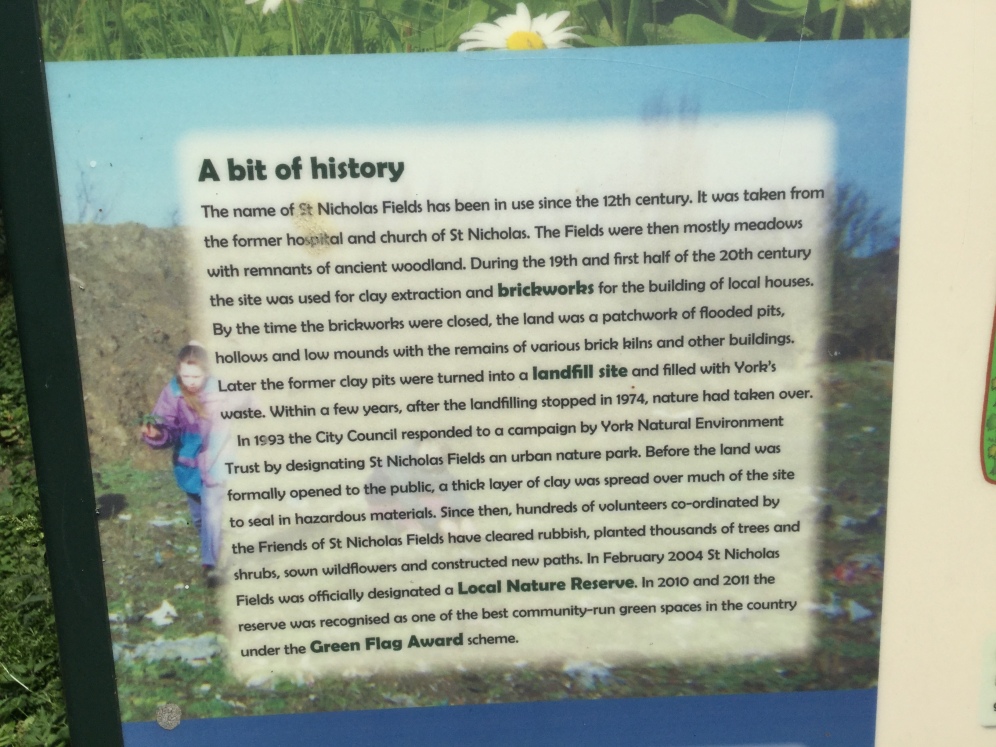 I spent the morning of Friday at St Nicholas Fields Local Nature Reserve, York in the company of some fellow environmentalists learning about a new project focussed on scything. The project has received HLF support to promote management of a network of grassland sites around the city, training community groups and volunteers to monitor the botanical and invertebrate diversity and especially to learn the gentle art of scything for grassland management.

Our host was Jonathan Dent (Jonathan@stnicks.org.uk), Reserve Manager at St Nicks. Having attended one of his day course there as an introduction to scything I was already a convert. It was great to hear of the ambitions to revive this conservation management skill in York. I am hopeful that it will offer a model for similar projects elsewhere in North Yorkshire.

Images of The Grim Reaper do not do favours for this traditional mowing tool. In days gone by all of our cereal crops and all our hay meadows, (and even, before petrol mowers, all parkland grass areas) were mown by hand with scythes. Jonathan has been an advocate in Yorkshire for reviving this craft and explains that the Austrian scythes he recommends are lighter and easier to use than traditional, heavy English blades. Also, despite appearances, with a blade kept keen through frequent passes of a sharpening stone and a fluid, full-body motion perfected by practice, cutting long grass and even weeds, nettles and thistles takes remarkably little effort.

The benefits of scything to manage grasslands for conservation purposes are several;  no fumes and noise and from a powered mower, vegetation cut long in easy-to-gather rows (not bashed into a pulpy mush as strimming can sometimes do), easy to spot and cut around target flowers and plants, easy to see wildlife and permit  bugs, voles etc to escape harm, ideal for groups of volunteers to maintain sites in a mosaic of different heights etc.

Pending a more catchy name, the project’s working title is Scything for Grassland Management, and it will last two years, building a legacy by training local champions and advocates, providing access to training and equipment (including scythes of course) and bringing into beneficial management over 170 acres of small grassland and meadow sites around York.

The project also neatly follows on from the highly successful Urban Buzz York project by Buglife, the invertebrate conservation charity, and we were treated to a presentation by Andrew Cutts, Buglife’s conservation officer who has managed Urban Buzz over the past two years, engaging over 2000 people in conservation management of buzzing hotspots for pollinators.

St. Nick’s Fields has been a Local Nature Reserve since 2004. Its latest wildlife report list its species count of 630, many of which are made up of invertebrates. The mosaic of habitats supports more variety than a typical urban site. The history of the site is fascinating, including clay pits for brick manufacture and later a landfill site, and the  legacy of waste material from the likes of the Rowntrees factory (think of all those fruit pastilles) has resulted in numerous apple trees among the woodland and meadows of the site. It is well worth looking up when in York both as a nature reserve to visit and a place for interesting courses and volunteering opportunities.