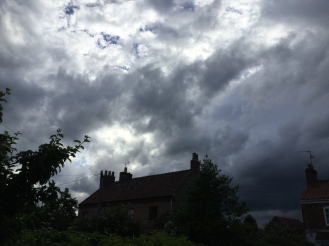 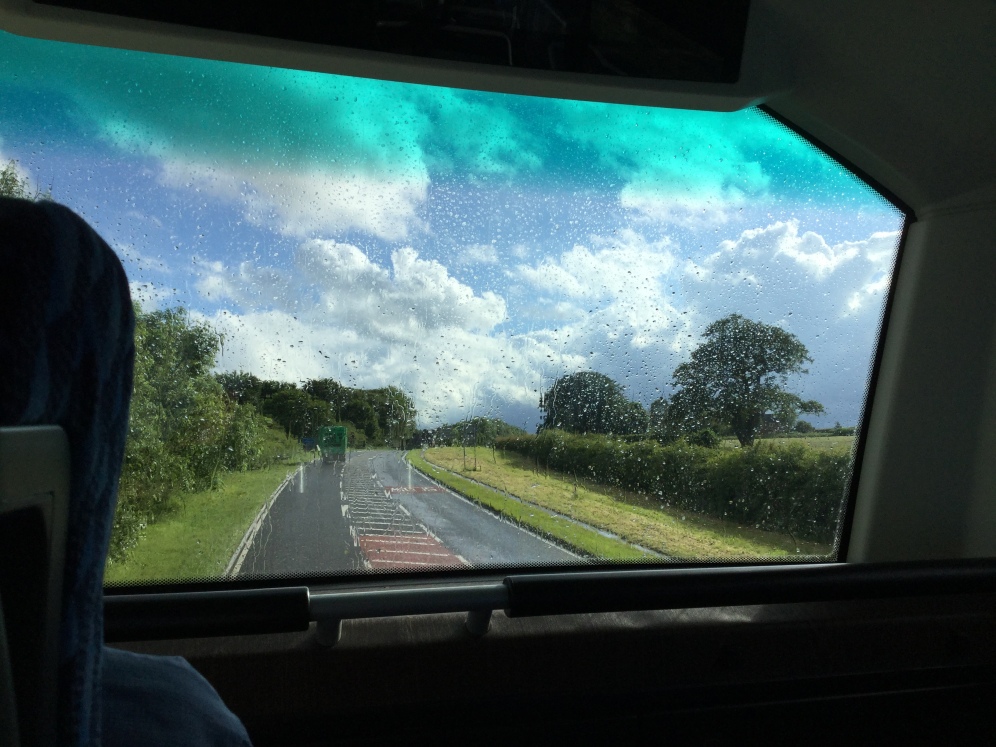 I love being able to use the wifi on the Coastliner buses. It enables me to do things like write a blog post, or today a rare foray into political territory on Facebook. Somehow today didn’t feel like a day for a bright and breezy #30dayswild blog post. Day 8 brought some impressive storm clouds, rain and sunshine, perhaps an appropriate metaphor on polling day for General Election 2017.

So I have based today’s blog on that indulgent Facebook rant. Apologies if it doesn’t match my usual levity and simple pleasures in nature:

So I hope that is the last General Election in which I feel obliged to vote tactically in order not to be a wasted vote.

I had a postal vote. I forget now why we had to get a postal vote some years ago and have never cancelled it. So our ballot papers come a couple of weeks early – usually when no-one has the foggiest idea which way to vote because we are all waiting for the pollsters to ramp up their Election rhetoric. It’s nice in a way to get to see the names on the ballot paper before you are actually in the booth and have stubby pencil-on-a-string poised in hand wondering who the deuces are these candidates who you have never heard of or from. And really it would be nice to know. Come to that it would be nice to be doorstepped for once in my life by an actual real life prospective candidate who wants to know my views. You see living in a safe seat is really dispiriting if you are not that keen on the status quo.

Anyway I sent my postal ballot paper off earlier this week. It’s always a Krypton Factor challenge to put the right bits in the right envelope. Nearly as tricky as those Readers Digest Prize Draws one used to get (and now I’m really showing my age.) I decided to vote Labour in our East Yorkshire constituency. Much good that it will do.
Apparently says the Electoral Reform Society, last time around about 20 million of our votes, (which were cast, mind you, not spoils or no-shows) were what it calls wasted votes. That means they made no difference to the outcome due to our appallingly undemocratic first past the post voting system. They were votes merely added to the pile after a winning candidate had already gained the requisite majority and thus did not change anything; or they were for a candidate who never stood a hope of taking the seat.

I dream of a day when we can all vote how we feel, according to our views on national OR local issues, according to parties’ manifestos and policies and know that the make up of our parliament of elected representatives will accord with the way votes were actually cast. Where elector’s vote counts equally. Funny word that,’elector’. I can’t recall the last time I actually felt like my vote had elected anyone – had been given to the one who won the seat in the end.

Sadly for me most of North and East Yorkshire where I’ve been living for 17 years is staunch Tory territory and if, as I’ve concluded it’s for me #AnyoneButTheTories then I think #VoteLabour was my only realistic option, (short of moving home, which is a bit drastic) of ousting the incumbent to influence which party gets into in power with MY vote.

We vote for a local MP but all the polls and hype seem to presume we vote according to national party politics and who we want to lead the country. That is not the case. For millions of us residing in safe seats it is pretty depressing. For millions more there is only realistically a choice between the least worst of the two top contenders for that seat. I’d love the chance to help elect a Green MP; there are LibDem policies I like; but I think that Labour was my logical, tactical option. This time.
It’s lucky for me that I actually found the Labour manifesto quite palatable, it’s ok, not great clarity in all respects I’d wish, particularly on the environment, farming and climate change matters, protections of environmental laws etc, but good enough for my moral compass not to go in a spin. A significant improvement on my opinion of Tory policies in fact.

So there we have it. Another election where, whatever the outcome, the only certainty is that the composition of the house of our elected representatives will not match up to the share of the vote. Cheers. Here’s to our peculiar take on democracy! And now enjoy some moody pictures of rainstorms from the bus journey through Tory Country.